A Cello Enthusiast Goes To A Cello Master Class

A cel­list-friend invit­ed me to a cel­lo mas­ter class last week­end. The invi­ta­tion made me laugh. “Won’t I be a bit con­spic­u­ous as a non-cel­list at a cel­lo mas­ter class?” I asked. She assured me I would not be. And I was­n’t. There was an entire audi­ence there and I’d like to think you could not tell me from the actu­al cel­lists. Ver­i­ly, I sat among them in a row. My friend intro­duced me down the line as we took our seats. I said, “Hel­lo, I’m Melanie, a Cel­lo Enthu­si­ast!” as my intro­duc­tion. (My friend kind­ly added that I’d writ­ten a book about a young cellist.)

The Mas­ter at the Mas­ter Class was Amit Peled. He plays Pablo Casals’ cel­lo! (Swoon!) His stu­dents for the after­noon were four brave teens. I am priv­i­leged to know one of them—she has played the pre­lude to Bach’s first suite for me at Giant Pump­kin Suite book events. (And she’s pic­tured above dur­ing her time with Mr. Peled.) It was a love­ly sur­prise to get there and find she would be one of the stu­dents playing.

I say these stu­dents were brave because I don’t think I could’ve done what they did when I was their age. They played for Mr. Peled and then they sat for a half hour on stage in front of an audi­ence while he worked with them on their piece, on their body mechan­ics, on their musi­cal­i­ty, on their sense of self as a musi­cian and cel­list. He asked dif­fi­cult sweaty ques­tions. (But he did not shame them in the least when they did not know the answer.) He asked them to sing, to shout, to move in new ways that sure­ly must’ve been embar­rass­ing. And they did all of this in front of an audi­ence.

I was struck by how he talked about each piece. The stu­dents played such dif­fer­ent music, but some­where in his com­ments, one way or anoth­er, Mr. Peled asked each of them what sto­ry they were telling in the music. This writer’s heart skipped a beat each time. He talked with them about their posture—their low­er back, elbows, and breath—and how it served the music. “Music is the lan­guage of the ear…” he said sev­er­al times. And he talked with them about sur­pris­ing the audi­ence, about mak­ing us do that sharp intake of breath that hap­pens invol­un­tar­i­ly when a musi­cal phrase or sto­ry is told in some new way. “I know you have the heart to play this,” he said to one. “You have already con­vinced me. Let me hear you play this sto­ry again.….”

Let me hear you play this story.…

Music and story.…story and music. They’ve always been linked for me. What a plea­sure it was, though, to hear these two arts talked about in tan­dem—and with cel­lo!

It is pos­si­ble this is only my first cel­lo mas­ter class. What a thrill it was!

This site uses Akismet to reduce spam. Learn how your comment data is processed. 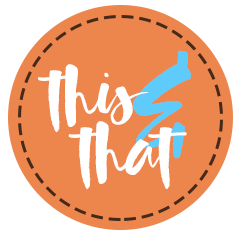 A Cello Enthusiast Goes To A Cello Master Class

Ode to the Arboretum